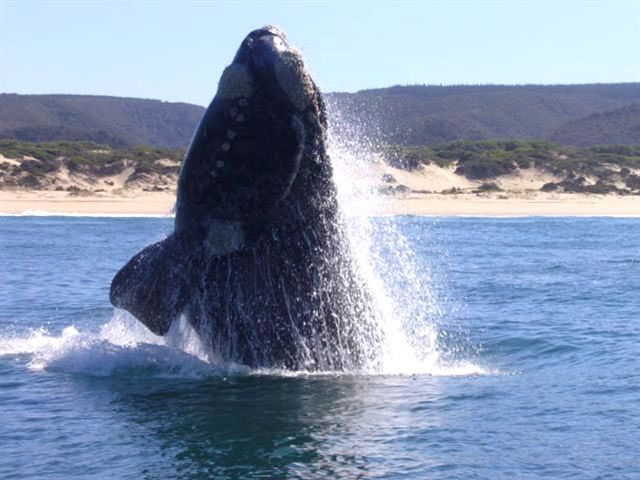 This massive shadow underneath us! 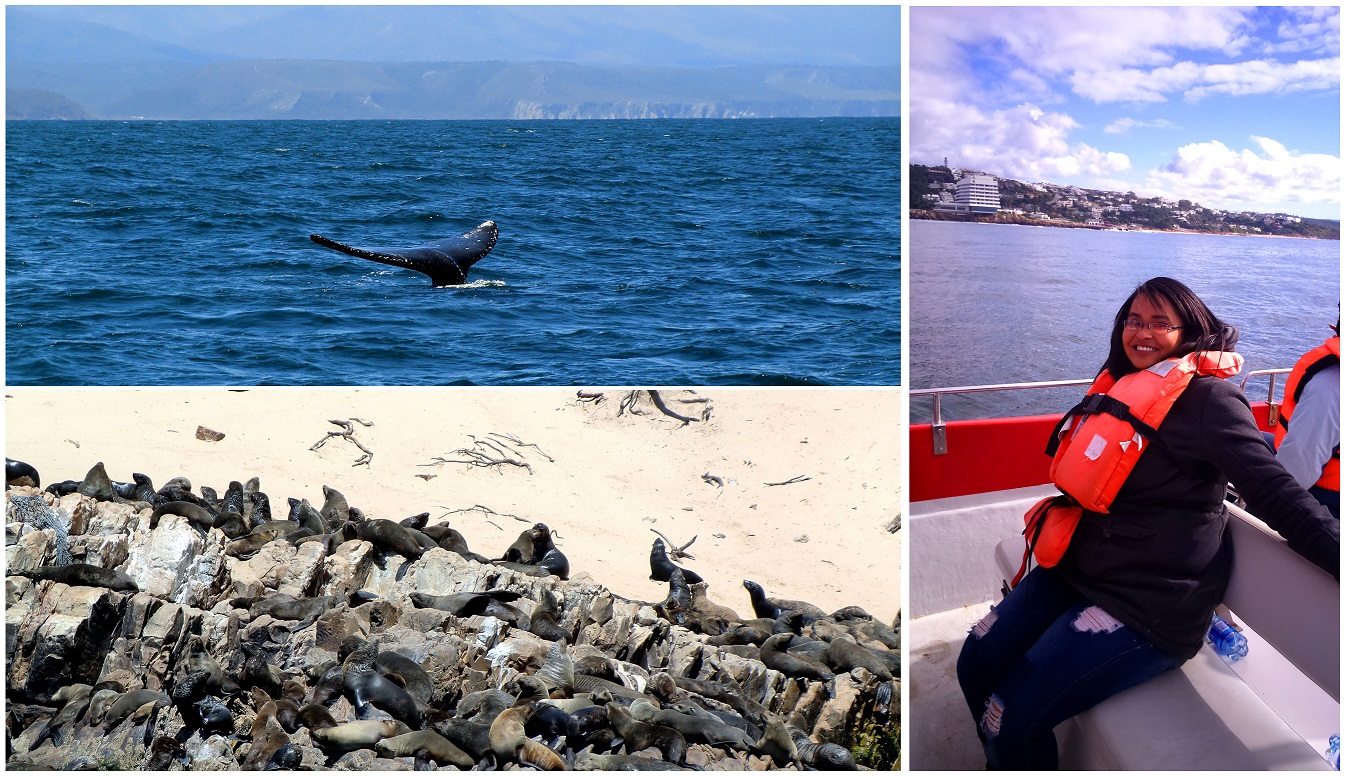 My colleague and I had a trip booked to do the Whale Watching and I was so scared, as I’ve never been out on sea. I even told her that we must cancel the trip, but when we got there the staff was so friendly and welcoming, taking my mind off it by making me laugh.

When you get there they offer you coffee, tea and biscuits and once everyone is there, they give you a life jacket and go through the safety instructions and they also give a small talk on what you can expect on the trip. They give you some light refreshments for the boat.
We walked to where the boat will launch from and the moment we stepped on the boat, I started getting scared again. There were 2 couples that weren’t from South Africa and they found that funny, seeing that I’m from Plettenberg Bay.
There were about 15 people on the boat including us, the skipper and 2 other guides. When the boat launched out to sea I still had that scared feeling, but as soon we were at sea, I started feeling excited.

We were cruising for a while trying to see if we can see whales, but nothing happened, then the skipper told us we’ll go a different direction and as we were about to go that way, the skipper told us that there’s one under the boat.
The boat started rocking and for a moment I got scared again and they told us to look and I didn’t want to, but then one of the guides came and stood by me and I looked and there was this massive shadow underneath us!

It went under us and suddenly it was gone, but while we were cruising we saw 2 more on the left side of us and we asked the guides as to what sort of whales they were and they told us that they are called Southern Right Whales.
We followed and took some pictures until they went past the Robberg peninsula.
While we were at Robberg we got this awful smell and they told us that there’s a seal colony on the Robberg peninsula. We then went to check… I’ve lived my whole life in Plettenberg Bay and I didn’t know that there were that many of them.
The seals were very playful and they kept getting closer to the boat and played in the water. We stayed there for a while enjoying the seals, taking pictures and asking a few questions.

On our way back to shore from Robberg, the skipper let the boat go fast for a bit and we got wet, but it was worth it.
When we were closer to the shore the guides told us to hold on, as they now need to ramp the boat back on land, and in order to do that they will need to go faster. By that time we were all so excited and we kept telling the skipper to go faster and faster and he did until we landed on shore.
After we got back from the boat, we all walked back to the meeting point and talked about how everyone liked the trip and how exciting it was.
I went from being scared to wanting to do it over and over again.
IT WAS SOOOOOO WORTH IT!!!