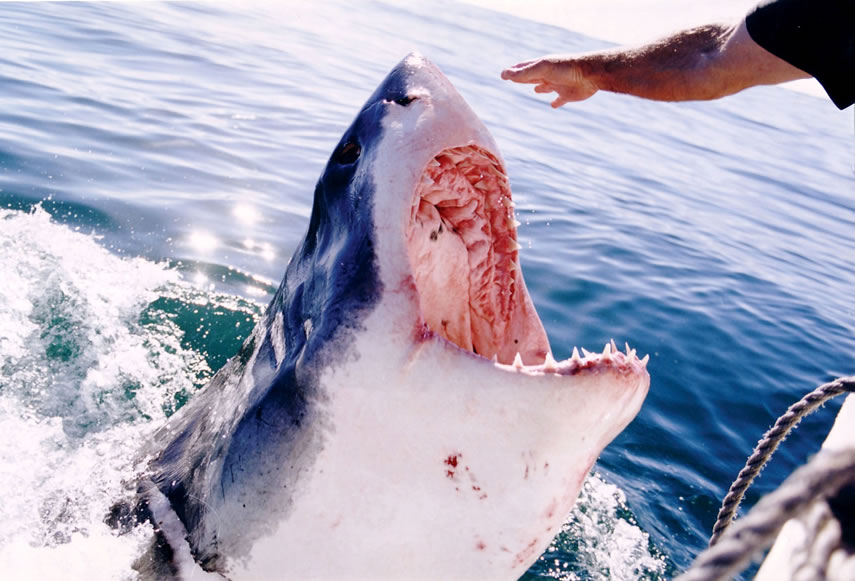 Gansbaai (Dutch/Afrikaans for "bay of geese," sometimes referred to as Gans Bay or Gangs Bay) is a fishing town and popular tourist destination in the Overberg District Municipality, Western Cape, South Africa. It is known for its dense population of great white sharks and as a whale-watching location.

The main tourist attraction in Gansbaai since approximately 1995 has been cage diving with great white sharks. It is said[who?] that after Kruger National Park, the great white sharks attract some of the highest number of tourist to South Africa for any singular activity.